07818222362 hello@face2facedirect.com
What’s Happening in Maidenhead » things to do » Sleep and Reflexology with Shelley Mason 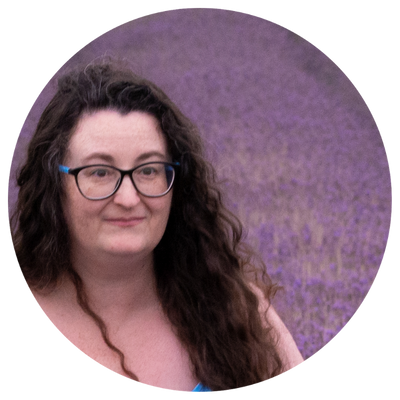 Sleep and Reflexology with Shelley Mason

Shelley Mason is a Reflexologist based in Maidenhead, and she offers mobile Reflexology and has her own treatment space at her home. Over the years, Shelley has treated a large number of clients – with Reflexology for the feet, hands or face. As a complimentary therapy it has many benefits for wellbeing, stress reduction or to make you feel energised.

With her knowledge, experience and further research, Shelley has come across clients who also struggle with sleep – and some that even fall asleep during their Reflexology sessions. She has since designed a Sleep Improvement Session which includes a consultation, sleep analysis, a sleep improvement plan – and full support throughout.

There is also an opportunity for a free Reflexology session as part of the plan, and it’s all for £27.

Shelley explained that she was giving some of her clients advice around sleep and that’s why she has created this program. Shelley said: “If I’ve got a client who is struggling with their sleep, they’ve got that to go and look at”.

In an interview, Shelley told us more.

How Does Sleep Impact Your Life?

“People don’t necessarily realise how much sleep impacts the whole of your life. There are benefits of Reflexology and benefits of sleep. It impacts your memory, your concentration, if you’re peri-menopausal it reduces mood swings if you can get a handle on your sleep.

Consolidating what you’ve learned during the day means you can be more creative. It increases sex drive, stronger immune system and how you look. Your skin and cells regenerate when you sleep.

It can reduce the harmful effects of stress overnight as well, and improves your heart health. Also something not that many people know about is we have hormones called leptin and ghrelin which control how hungry we are. These levels are controlled and wiped down with sleep. If you have poor sleep or are waking in the night and you feel hungry – that’s why.

All of these things when you add them all up is massive.”

Do some people need more sleep than others?

“For adults (not children or the elderly) it’s between seven and nine hours that you need generally. It does vary, but anyone who says they need less than seven, they might think they do – but it will be impacting them unless they get that little bit more.

Originally we weren’t designed to sleep in one chunk. So it is okay to have a power nap, as long as you don’t do it late in the day to impact your sleep overnight. There has been research that napping is good for you depending on the individual. Keep it less than twenty minutes”.

“If you were only sleeping for four hours (at night) it would come under a category of sleep disorder. I don’t treat sleep disorders – you would have to go to your GP or go on a sleep trial for monitoring.

One of the treatments they advise if you are struggling to sleep is to get up and do something relaxing until you feel tired again – and then go back to bed. You’re more likely to get another two to three hours. That’s better than staying in bed as you’ll associate your bedroom with not sleeping when you go to bed. Then is becomes a psychological issue with trying to sleep.

What is Reflexology doing to help you relax?

“There are three things that control our sleep. It’s something called sleep drive which is a hormonally controlled system that means that the longer you’re awake for, the more tired you become. It’s called adenosine and it’s produced from the moment you wake up to when you go to sleep. And when it hits a certain saturation – you have to sleep.

Then you’ve got your circadian rhythm, which sort of dances if you like with your sleep drive. When the two combine, that controls when you wake up and when you go to sleep. That’s hormonally driven with something called melatonin and how much sunlight exposure you’ve had.

The third thing is your bodily stress response, which is how much stress you’ve had during the day. If you’ve had too much cortisol, your body stops you from sleeping.

We need cortisol to wake us up in the morning and that’s natural. But if we produce it all day, that can impact our ability to produce melatonin at the end of the day.

What Reflexology does – because it helps to kickstart the rest and repair response, you’re setting your whole body to a state which promotes sleep.

There have been studies to show if you have courses of Reflexology it improves the quality of your sleep. You’re able to relax and reduce that stress level early enough for you to be able to sleep better at night”.

Does it matter what time of day you have Reflexology?

“No. Anything you can do to relax during the day will improve your sleep later on at night. A good morning routine means that you start the day in the right frame of mind. It’s not just about a routine right at the end of the day before you get into bed. Sleep hygiene is important too.

If people don’t enjoy having their feet touched or if they’ve got something wrong with their feet and I can’t touch them for any reason, it can be applied to both the hands or the face”.

If you fancy trying Shelley’s sleep improvement bite sized offer with a free Reflexology taster session for £27, head over to FeetdbFirst for all the details. 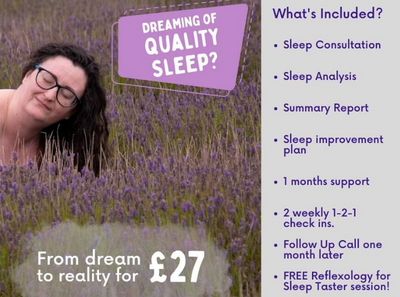