07818222362 hello@face2facedirect.com
What’s Happening in Maidenhead » things to do » Maidenhead Book Club: ‘Read Between the Wines’ 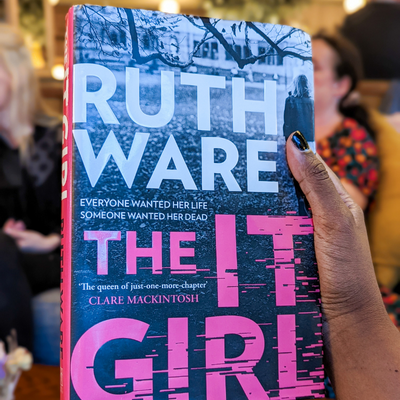 ‘Read Between the Wines’ is a brand new free book club that is based in Maidenhead. It has been set up by two local ladies, Cat and Arisha. They previously met at a book club in another area, but when it stopped the duo decided to start their own. There were no other book clubs in Maidenhead – so it made sense to hold it here.

Named ‘Read Between the Wines’ because meetings will be held each month at the Coppa Club. The club will meet up on the last Wednesday of the month to discuss the book that they have been reading over a glass or two.

I was invited along to the first book club meet up, which happened on 31st August. It was perfect timing for me, as I was able to enjoy the book on my summer holiday, and return ready to talk about it! 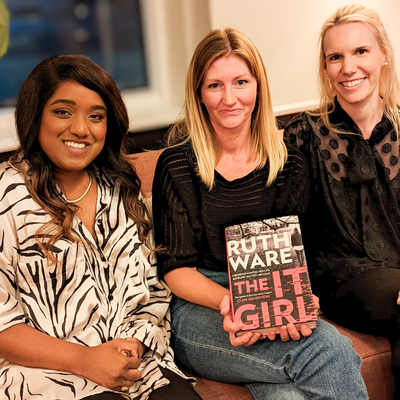 Being a busy working parent, I don’t always set aside the time to read. But because of the club, it was a great way to take that time for myself.

I had already met Cat and Arisha, so turning up at the Coppa Club didn’t feel very daunting at all. And when I arrived, there was a lovely group of ladies of different age groups sitting around the table on comfy sofas and chairs. Arisha and Cat had made the other’s welcome – as the majority didn’t know each other at all.

They had found the book group via the website ‘Meet Up’ and were all locals looking for the same thing: a passion for reading, and socialising with new people.

Anyone was welcome to go along – any age, any gender. There were around ten reponses (excluding myself), but five turned up on the first evening (with eight of us in total) which was a nice number.

Arisha and Cat decided on the first book for the group to read – a murder mystery called The IT Girl by Ruth Ware. I ordered the book from an independent book shop when I was in St Ives, and found it to be a fairly easy read whilst sitting on the beach on holiday.

It had it’s fair share of twists – the main character, Hannah wanted to find the killer of her best friend April, who was murdered whilst they were young students at Oxford University. Each chapter goes from ‘before’ when they were at university, and ‘after’ which is ten years on – and Hannah is trying to unravel the mystery. Oxford porter John Neville was convicted for the murder, but he turned out to be innocent – which was slowly revealed after his death whilst still in prison.

When the book club got together at the Coppa Club, it was really interesting to hear everyone’s opinion of the book. We talked about the characters, the twists, who we thought the killer was before they were revealed – and how we would rate the book.

We also chatted about other things, but the focus was mainly on the book.

Some of the members had listened to the story on audio and others read the book – so the difference in how we learn was interesting to hear. We also talked about stories made into movies – and especially reading the book first then watching the film.

Join the next Maidenhead Book Club

Read Between the Wines is open for anyone to join. There’s no pressure to make each meet up and the group is really friendly and relaxed.

The venue is currently The Coppa Club in Maidenhead, but Arisha and Cat are open to moving it around if that suited the group. The Coppa Club isn’t too busy on Wednesday evenings and it’s close to the train station, and there’s parking close by.

They also want to stick with the genre of murder mysteries and thrillers – and the choice of the next book is agreed with the group.

If you like the sound of it, register your interest on Meet Up .